For the 25th anniversary of Corps Consulaire Nederland a book was compiled with 25 interviews and description of the history of CCN. Former Minister of Foreign Affairs Mr B. Bot wrote the forword.
During lunch on June 15th 2022 the book was presented to Mr B. Bot.

During lunch we also bid farewell to Mrs Karin van Rooyen-Winkelman, departing Consul of Slovenia and Secretary General F.U.E.C.H. Karin has been board member of CCN for many years and very active member of CCN. The board thanked her for her active role as liaison between CCN and the European consular federation F.U.E.C.H. For 5 years she served as Secretary General of FUECH. 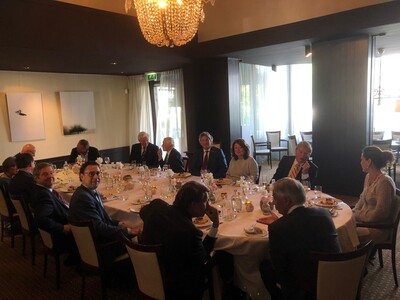 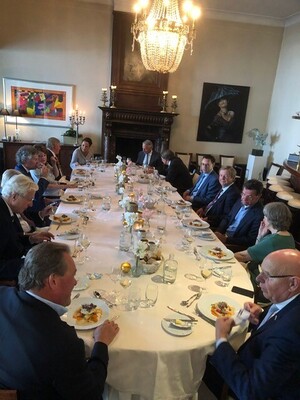